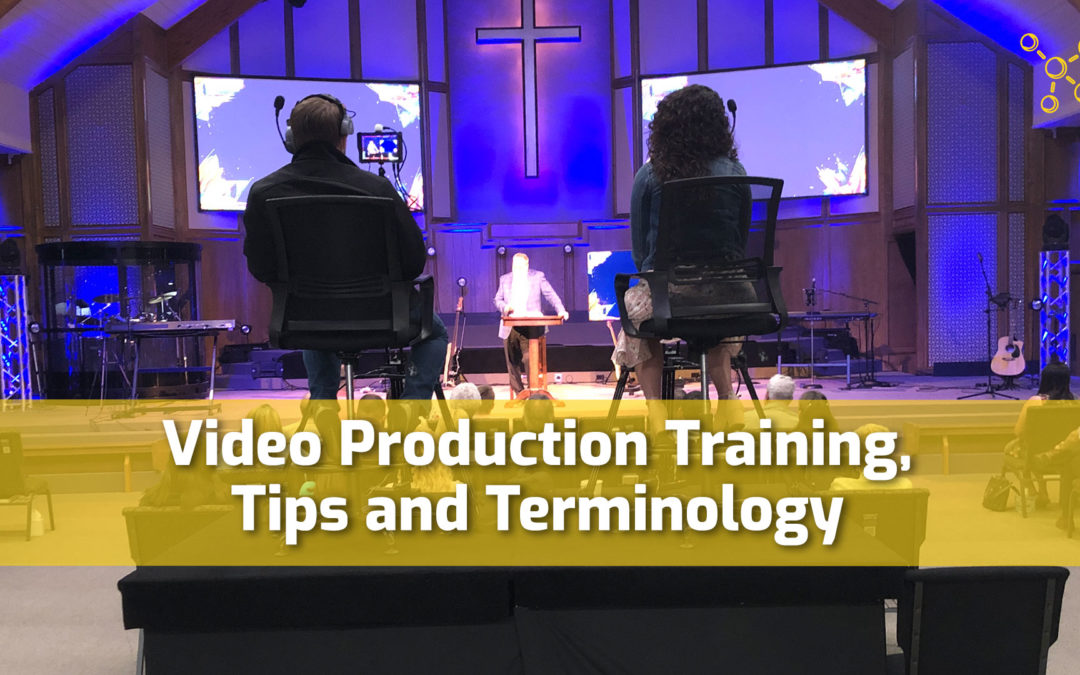 Learn proper framing technique, how to get the best shot and the main purpose of a video director.

Also learn what HEADROOM is and why it’s crucial for you to get it right every time.

Hey everybody. So in this video, I’m gonna show you a training that I recently did for a company that I work part-time for. In this video, we’ll walk through some production techniques, tips and tricks, framing, and also some vernacular or language that you can use when you’re communicating with your video director or camera ops.

So I hope this video is helpful for you. If it is, will you like this video and subscribe to this channel? That would be awesome. We’ve recently passed 100 subscribers, so now we’re on our way to a 1000. So help us get to a thousand subscribers by clicking that red button beneath me. Click subscribe. And if you have any questions about video production or technique or framing or anything like that, put it in the comments or send me an email, [email protected] Hey, thanks for watching. I hope you enjoy this video.

Hey everybody, my name is Joshua Riggs, I am on the tech services team with TEAMTRI, and I also help with production. And today we’re gonna walk through some video techniques, framing techniques, and also some vernacular, some language that you can use in your live production and in your recording.

This is Julia. Say Hi, Julia! She’s here to help me. And also, Tim is running the camera. Tim and Scott, thanks for your help today as well. So you can see that this shot is a pretty wide shot, and before we actually talk about framing, I wanna tell you about the rule of thirds.

Consider the Rule of thirds.

And that’s where you’re gonna place the subject down the line of either the left third or the right third. So let’s put her on the left third, Tim. Okay, and now let’s zoom in pretty tight for this shot. Keep going pretty tight. So let’s do a waist up, okay. So, this is the rule of thirds, and she’s on the third shot and he’s getting it to where this is a waste up shot. So this right here, of course, depending on the background, would be a good shot to record a, just a recording. It does work in live production some of the time, but this is especially true for recording. So it could be on the left third or the right third. So move her to the right third, so that’s centered and a little more to the right, and there’s the right third. Okay, so that’s the rule of thirds. And we’re gonna come back to that in a minute.

The next thing that I wanna tell you about is some language. Okay, so push in and pull out are synonymous with zoom in or zoom out, you can use them interchangeably, I would say…

Another term that you can use is Pan, pan left or right. So that means to move the camera to the left. So pan left for me. He’s panning left. And pan right. He’s panning right.

Okay, so push in, pull out or zoom in, zoom out, you can use that, and then pan left and pan right.

Another thing that I wanna tell you about – and this is may be the most important tip that you’re gonna learn in this video, and that’s what’s called Headroom.

And most, maybe not most, but a lot of videos that I have seen have too much head room in the shot. So actually let’s put too much head room in the shot. Okay, so that’s good, right there. So Julia is… Her face is right in the middle. And I think that’s where the misconception happens, is we think the face is the focal point of what’s going on, so it should just be right in the middle of the frame. But in reality, everything from her head up is wasted space, ’cause we’re not even using that space, there’s nothing to look at.

So a good rule of thumb is for the headroom, if you picture… So Julia, if you will make a fist and put the fist on top of your head. So that fist on top of her head, that’s about where the top of the frame should be. Okay, so this is a pretty good headroom, you can put your fist down now, Julia. Thanks. Okay, so notice her eyes are towards the top of the frame and not in the center, and this helps, so we can see her hand gestures, especially. Okay, so headroom is important.

That’s the very first thing you need to get right when you’re framing your your subject, make sure the headroom… You don’t have too much headroom.

Okay, so let’s talk about some different framing options. Okay, so the first one is head-to-toe. So if you’re talking to your cam op and say, “Give me a head-to-toe shot,” that’s gonna be… Obviously, he’s gonna zoom all the way out until you can see the person’s head and their feet.

Now, notice as Tim was zooming out, he also adjusted for the headroom. He panned down so that… Or tilted down so that the headroom was not too much. Because if you just zoom out and you don’t also tilt down, then the headroom is gonna be too wide. So you want to keep that… Yes, like that. That’s way too much head room, so close that gap for the head-to-toe shot.

One of the things that you want to do as a camera operator or director, show director, is to portray what’s happening on the stage to accurately portray that. So if you have one shot and you’re always zoomed in and the presenter’s moving around, you’re not really accurately portraying what’s happening on the stage. So you want everybody that’s watching on video to feel like they’re in the room. So that’s why a shot like this, a head-to-toe shot, is a good shot to get, especially if the presenter is very animated and moving around.

Okay, the next one is called Knees Up. So this is where the bottom of the frame is on the knees, and notice he’s adjusting the head room. So this is a knees up shot. This is also helpful if they’re very animated with their hands, they make wide gestures and that sort of thing. Or if they’re moving around, you can use the knees up shot.

The next one is Waist Up, so this will be the waist up shot, and he’s gonna adjust the head room. This is kind of the standard go-to shot for your presenters. You can see their hands, but you can’t see anything below the waist. But you can… It also helps ’cause you’re zoomed in a little tighter on their face so you can see their facial expressions. This is probably, 70% of the time you’re gonna be on a shot like this, the waste up shot.

Okay, the next one is Elbows Up, which is a little tighter, so you can see the bottom of the elbows are at the bottom of the frame. And you would wanna use this, and I would adjust the headroom, shrink that head room just a little bit Tim.

Okay, Tim, I wanna get you to zoom out and we’re gonna talk about what’s called looking room. So we talked about headroom as a general rule, headroom should always be less than it is more. Looking room is the distance between where the person is looking to the edge of the frame.

So Julia, if you will turn to your right, the other right. Turn ah… Actually face, face me. Yeah, there you go. Yep, just like that.

Yes, exactly, Tim. So that she’s on the left. So she’s looking here. Otherwise… So put her actually on the right of the Rule of Thirds. So if she’s on the right, all of this space behind her is wasted, nothing’s happening here, and there’s no reason to show this to the audience. But put her on the left… Now, this shot is a good shot because oftentimes you can get the audience here and this… And so you can see on video that she’s communicating to the audience from the side.

So now do a 180, Julia. And turn all the way around. Yes. So now, if it’s on the left side, she’s gonna be in the third here and she’s… You’ve got the looking room, what she’s looking at. Okay! This, everything back here should be smaller, everything here should be a lot wider.

Okay, one other thing, so Julia face the front now, and you can zoom in a little tight – just do a head-to-toe shot for her. So one other thing about looking room is if the subject is moving a lot, you want to sort of anticipate the direction that they’re going and make sure that their looking room as they’re moving is a, is plenty.

And then if she decides to change direction, you’re gonna over-compensate and… Yes! And as she’s moving… So you anticipate the movements that she’s making. Again, you don’t want her to walk out of the frame. If she walks out of the frame, they can’t see what’s going on.

Okay, so let’s do a waste up shot with Julia now and just center her in the frame. Thanks again, Julia, for helping out today. And this is, again, this is the standard shot that you’re gonna use most of the time. The side angle shot is not a shot that you’re gonna stay on for a very long time. Again, it’s just to help the audience get perspective of what’s happening on the stage.

So I mentioned the rule of thirds and the headroom and the looking room – these are just general rules when it comes to video production. If you’re trying to be creative with a shot, by all means it’s okay to break the rules occasionally, you just shouldn’t break the rules like…for the whole show.

Okay, so let’s say for instance, your presenter is a painter and you’ve seen it – where he does these incredible drawings like with music as part of the presentation – so he’s just finished his drawing and you’ve got a kind of a side shot, but you know that the looking room, there needs to be most of the looking room, but he’s facing the audience and his drawing is behind him. By all means, get the drawing in the shot. Get creative with that shot so that again, you’re trying to accurately portray what’s happening on the stage. So you can show the drawing and the presenter, even though the looking room is not technically following the rules. I hope that makes sense.

Hey, if I can help you in any way, I’d love to connect with you. Just send me an email, [email protected]. I’d love to answer any questions you have about production or video framing or anything like that, I hope this video was helpful to you, be sure to subscribe to this channel and like this video, and I’ll see you next week for the next video.